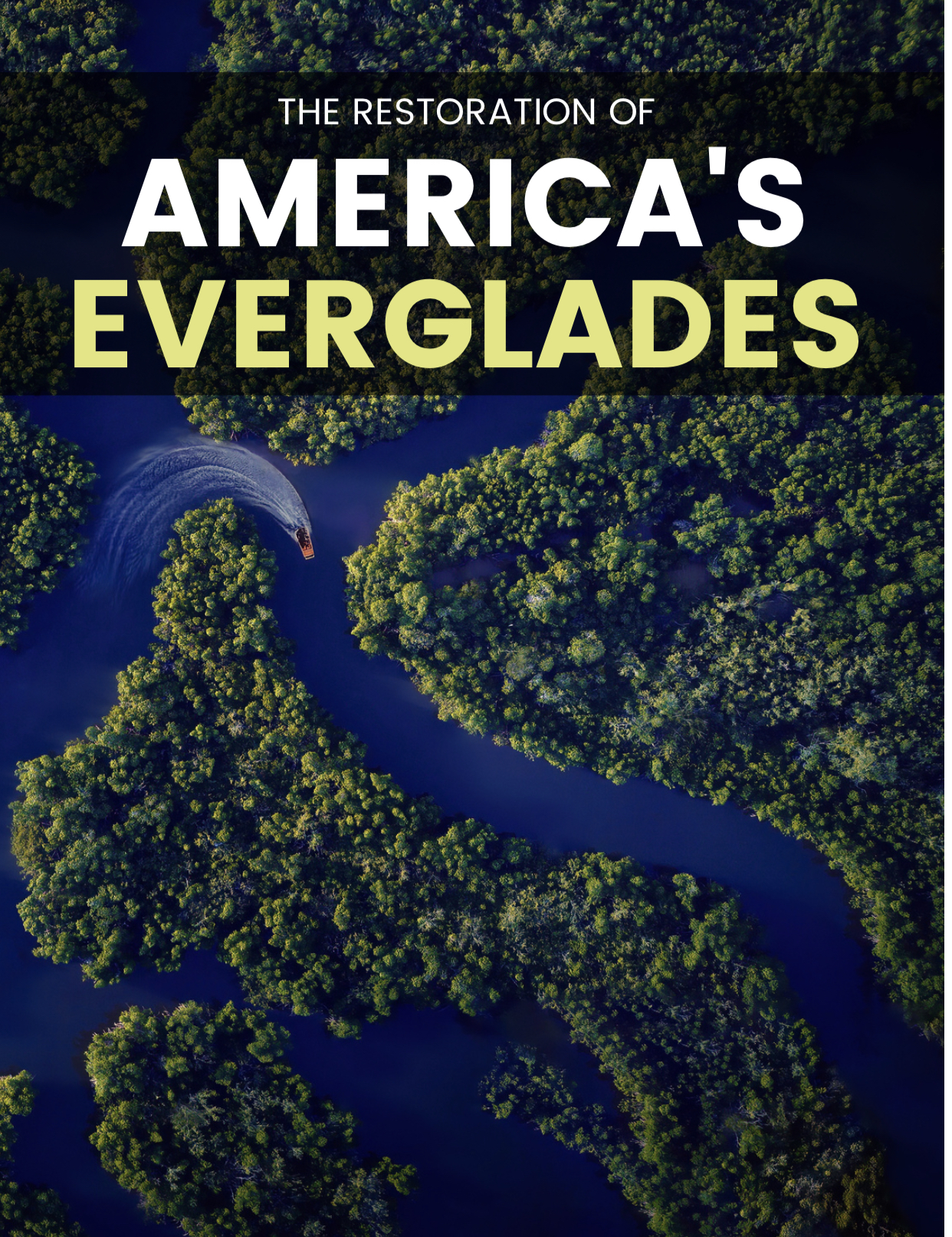 Since 1989, the Congressional Sportsmen’s Foundation (CSF) has maintained a singleness of purpose that has guided the organization to become the most respected and trusted sportsmen’s organization in the political arena. CSF’s mission is to work with Congress, governors, and state legislatures to protect and advance hunting, angling, recreational shooting and trapping. Read the letter below sent to the President.

On behalf of the undersigned members of the sportfishing, boating, and greater outdoor
industry, we write to you in support of recent bi-partisan congressional letters requesting
that your administration allocate at least $1.5 billion towards turnkey Everglades
restoration projects (i.e., the South Florida Ecosystem Restoration program) from
funding made available to the U.S. Army Corps of Engineers (USACE) through the
bipartisan Infrastructure Investment and Jobs Act (IIJA).

Over four million of the nation’s 55 million anglers reside in or frequent Florida as do almost
one million registered boat owners, with many of these focusing on the iconic fishing and
boating opportunities in the southern part of the state where ongoing water quality
impacts have highlighted the need to expedite Everglades restoration activities. In Florida,
the Fishing Capital of the World, the sportfishing industry is a $13.8 billion economic
engine supporting almost 120,000 jobs, making clean waters and abundant fisheries
of paramount importance to us not only in the state, but nationally. Florida’s $33
billion outdoor recreation economy, driven by fishing, boating, hunting, and other
outdoor pursuits, has a robust impact on both jobs and GDP.

With the passage of the IIJA legislation, Congress has provided the USACE with historic
funding to improve critical infrastructure and invest in measures to protect against the
immediate and future impacts of climate change. Not only does restoring America’s
Everglades provide an unmatched opportunity to accomplish both goals, but it also will be
a banner example of USACE’s (and America’s) ability to restore the environment on a
massive scale and serve as a legacy defining investment for your administration. A
generational investment now will undoubtedly be recognized as a galvanizing moment
that ensured the future of a national and global treasure.

We also support the bipartisan congressional requests that your FY23 budget fund
Everglades restoration at $725 million to keep on schedule to complete restoration
efforts this decade, as originally envisioned when CERP was passed, and to realize an
estimated $2 billion in savings off the overall price tag. As noted in those letters, we
believe that supplemental funding from IIJA should be in addition to the federal
obligations reflected in the Integrated Delivery Schedule, which should be fulfilled by
regular budget requests to Congress and appropriations. Given the dire status of the
Everglades ecosystem and the multitude of benefits of restoration, all of this funding is
critically needed. USACE has confirmed the ability to carry out $5 billion worth of projects
over the next five years. These investments would accelerate the Everglades Agricultural
Area reservoir, a key component that will create synergies across the complex system of
Everglades restoration projects as it sends clean water south and reduces damaging
discharges to the east and west coasts.

Thank you for your continued support and we urge you to ensure generational funding
from bipartisan infrastructure legislation is used for a deserving and historically bipartisan
cause – restoring America’s Everglades.