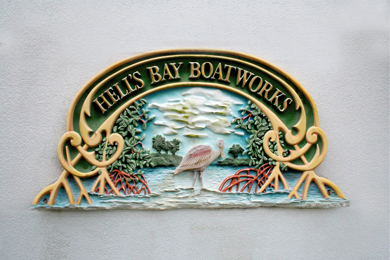 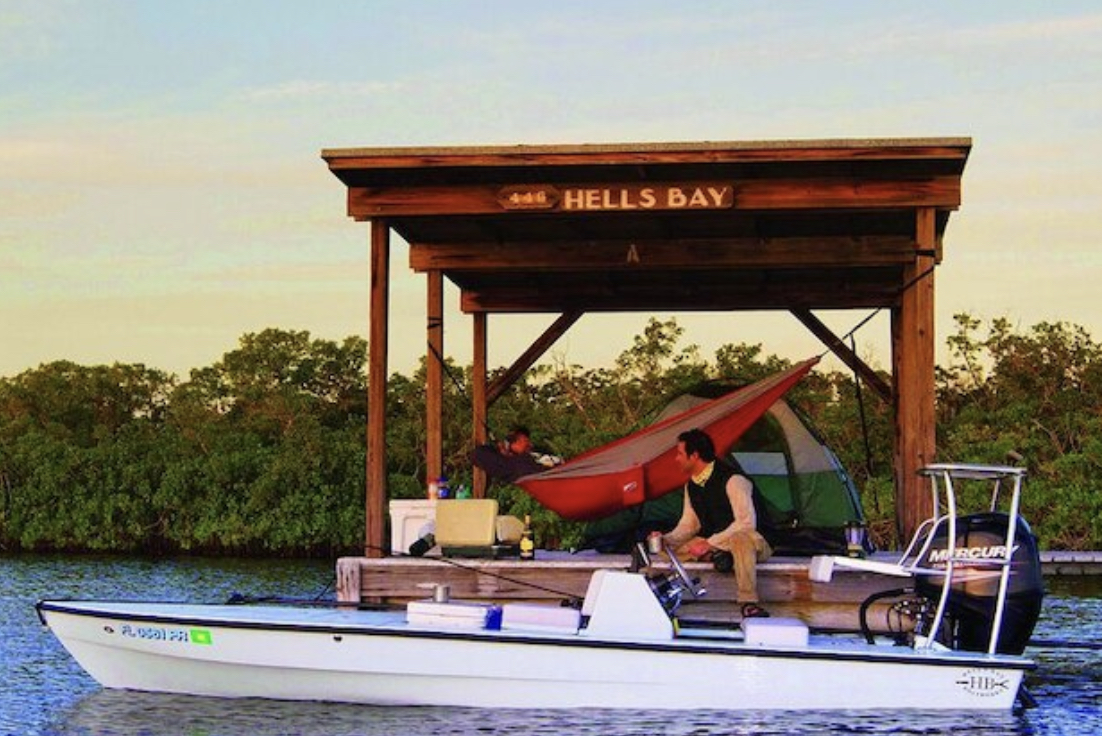 Legendary angler Flip Pallot had a problem. He knew that there were wild fish in far-off, inaccessible places, and in order to pursue them he needed a craft with the sea-handling characteristics of a bigger boat in order to cross the open water basins and channels, the stability and ruggedness of a jon boat to carry his gear, and the stealth, draft and agility of a canoe to pole the flats and skinny waters where his elusive quarry roamed.

And in 1997, such a craft did not exist. So Flip and renowned builder/designer Chris Morejohn started from scratch, designing and building a revolutionary new skiff under a huge oak tree in north Florida that was unlike anything, and would change everything.

You can visit this very skiff in our showroom in Titusville Florida, the original Hell’s Bay 16’ Whipray. This humble little boat launched an entire industry, changing the way every skiff after it was designed and built. And it became the roots from which the entire Hell’s Bay family of the world’s finest shallow water skiffs would grow.

A new generation. A fresh approach. In 2007, Wendi and Chris Peterson took the helm at Hell’s Bay Boatworks, ushering in new ideas, new models, and a growing community of owners. In fact, many would call out membership in this special group of like-minded anglers as one of the ultimate benefits of owning one of the world’s finest skiffs.

The Petersons have also placed conservation as one of the core values at Hell’s Bay, helping support those organizations that in turn support the environments and ecosystems vital to our passions. Hell’s Bay is a proud supporter of Captains for Clean Water, the International Game Fish Association, the Guy Harvey Ocean Foundation, The Everglades Trust, and the Bonefish & Tarpon Trust.

We refuse to compromise. Because you shouldn’t have to either.  Hell’s Bay is the first choice of some of the greatest guides on earth, and the legendary anglers at the very top of the sport. Every Hell’s Bay skiff is designed to be the perfect tool for those obsessed in their pursuit of the most elusive fish in the most inaccessible places. Unprecedented, innovative design, yacht-level build quality and space-age materials result in stealthy, shallow performance combined with open-water capabilities and comfort. These are the elements that come together in every Hell’s Bay, and we will never stop searching in our quest to continue dreaming, innovating and building the world’s finest shallow water skiffs.